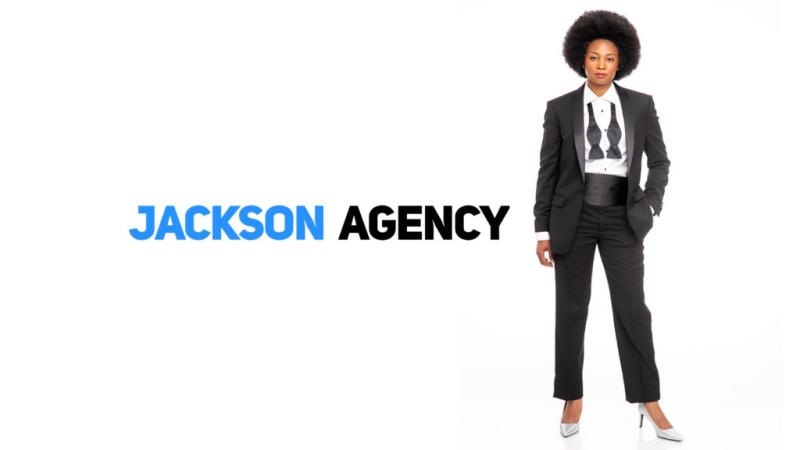 No video provider was found to handle the given URL. See the documentation for more information.
$130
pledged of$555,000 goal
3
Campaign ClosedYou no longer can pledge on the project
Share Campaign

I am a Black woman who had to start her own talent agency because none of the talent agencies would hire me. I had to start completely from scratch. In 7 years, I’ve expanded my agency from Los Angeles to International, broken barriers by becoming a Writers Guild of America on both coasts, been in the New York Times, on TMZ, Fox Soul for my work, and I have just made history by becoming the first Black woman ever elected to the Board of Directors within the prestigious Association of Talent Agents, a professional trade association for the elite talent agencies in Hollywood that has existed for over 80 years.

I have experienced, threats, harassment, bias, etc as I have built my agency and disrupted the industry, but my work isn’t done. My agency is dedicated to serving the underrepresented, the underestimated, and the underserved and although it may appear that the industry is changing, to me it is not.

The mega agencies are no longer small businesses, they are powerful corporations that have hedge funds injecting millions of dollars in capital and are operating as legal monopolies through vertical integration. With those investment funds, they are able to produce films, television shows, acquire advertising firms, acquire agencies overseas and locally, create sports agencies, amass a roster of influencers, networks and studios, journalists and more. They are a one-stop-shop leaving no room for anyone else without the same resources.

I am a little fish in a huge ocean and the only way I can be effective and actually help my clients and impact change is if I become a viable competitor within the current market share.

In 2020, data compiled by UCLA showed that over 90% of the deals in entertainment are done by virtually the same two agencies. There are definitely more than two talent agencies in the world, however, there is clearly a monopoly that has gone uncorrected for over a century.

After the murder of George Floyd, the entertainment industry began to shift to hire more people of color, but neglected to change their toxic workplace culture. Agencies signed a few more writers of color and women, studios wanted to see more actors and writers of color, but no one thought about agencies OWNED by people of color and how we could benefit from this commitment to diversity, equity, and inclusion.

To date, over 90% of C-level and C-Suite executives are not people of color. New shows presented by writers of color are still often misunderstood and rejected. We’ve all heard Issa Rae mention on a few occasions how executives didn’t see her vision.

As someone in the trenches every day speaking with these same executives and DEI officers, I can tell you nothing has changed, which is why I have to pivot and move in a direction that best serves our goal.

What We Plan to Do

Earning this grant will allow me to expand my agency into the realm of content creation so that we can adequately fight for new faces in Hollywood, and most importantly from legitimate small businesses that serve the artist community.

The initial goal of $555,000 will allow us to jumpstart the legal framework required to raise capital for our $100 million dollar film/tv fund. This fund will support the production of feature films, television series, reality series, documentaries, and children’s animated series written by writers of color, produced by people of color, and directed by people of color. It will also allow us to cover our overhead which includes: payroll, general business expenses, professional membership fees, licenses, subscriptions, legal fees, consulting fees, and IP protection expenses. For a point of reference, it costs a minimum of $100,000 a year to operate internationally as a shoestring, grassroots organization.

If supplier diversity is your requirement please note that my business is certified as an Economically Disadvantaged Woman Owned Small Business, and I fall within the following categories:

I didn’t set out to make history being the first Black woman to do so many things in different areas of entertainment, I set out to just do the right thing and advocate for diversity, equity, and inclusion. However, my work has landed me in:

Tiauna Jackson is the founder of The Jackson Agency (TJA), a Hollywood based talent agency that has been breaking barriers in the entertainment industry since 2014. TJA became a household name when Jackson was featured alongside other Black agents in a New York Times’ feature entitled, “Uphill Battles of Black Agents in Hollywood.” At the time of the feature, Jackson was the only Black agent profiled that owned her own agency. She has also been featured on ‘TMZ,’ Fox Soul’s ‘Tammi Mac Show,’ the Black News Channel’s ‘Live’, and in Variety, Oz Magazine, Medium, the Arizona Informant, and Essence magazine.

In the fall of 2019 Jackson made history as a Writers Guild of America franchise in Los Angeles and Atlanta, the first Black woman to do so. In 2020 Jackson was recruited by the prestigious Association of Talent Agents (ATA) to join their ranks and help form their Racial Equality Task Force. She co-founded the Black Agents Network, a professional networking association for Black Talent Agency owners worldwide. In 2021 Jackson was selected to the ATA’s Board of Directors, and became the first Black woman to hold such a position. In 2022 Jackson became one of Essence Magazine’s 100 Women in Entertainment (March/April Issue).

Dedicated to a life of service, she has volunteered with LAFD's Community Emergency Response Team (CERT), the Los Angeles LGBT Center, completed LAPD's Community Police Academy, and serves as the President of the Buffalo Soldiers of America (BSA), which is a non-profit dedicated to preserving the legacy of the Buffalo Soldiers, the United States' most decorated military unit. Jackson received a 'Freedom Award' from the United States Army for her contributions on the cross-country tour to re-intern MOH Cpl. Isaiah Mays in Arlington. To-date, the BSA donates funds for scholarships to students in under-served communities in Phoenix and brings historical presentations to students at local schools in Phoenix with its traveling museum.

Jackson is a graduate of Chapman University for Communications, UCLA School of Theater, Film and Television's Professional Program for Producing, and the Professional Program in Screenwriting. She also attended Jackson State University, a popular HBCU. She looks forward to providing representation that matters to the exceptionally talented artists of the world.